Wearing facial masks to thwart infection has a venerable history and even predates our understanding of aerosolized viral transmission. During the bubonic plagues of medieval Europe, physicians often wore masks. Mask wearing was empirically established as reducing infection rates during the 1918 Spanish Influenza pandemic. In Asian countries, wearing masks was almost universal during MERS, SARS, influenza and has been in near constant use ever since. It was, and is seen as a social responsibility not as much as to protect one’s own self, but as altruistic act to protect others and societies as a whole.

In the West, especially in the countries dominated by authoritarian leaders (most notably, the US and Brazil) there has been a resistance to wearing masks and other personalized protective equipment (PPE). It became politicized to associate mask and PPE compliance as a loss of personal freedoms and liberties. There has been a wholesale distrust of empirical data and science, seeing them as “elitist” and under the sway of the “Deep State” seeking to erode personal freedoms in order to control the masses for (unspecified) malevolent reasons. This attitude has even led to the outright denial of diseases such as Covid, and failure to take any precautionary measures or even to purposely flaunt resistance. MAGA rallies for example was an overt demonstration of this despite leading to the spread of disease.

Great thinkers have speculated for years as to the personality characteristics that give rise to the appeal of authoritarian leaders over certain segments of the population. For example, Dr. Eric Fromm, a pre-eminent psychoanalyst has published books e.g., The Anatomy of Human Destructiveness to help shed light on humans’ propensity to aggression, and attraction to authoritarianism. It contains some bone chilling analyses and predictions that appear quite prescient in light of unfolding events. Many other great minds have contemplated some of the personality and sociological factors that contribute to the rise of populism, nationalism and authoritarianism at various points in history.

Eric Fromm specifically described group narcissim as one important factor. People who feel generally badly about themselves and their circumstances, enhanced by socioeconomic struggles, feelings of isolation and general aggrievement, tend to cluster with like minded individuals to enhance a feeling of validation, support, and connection. Authoritarian leaders appeal to this sense of aggreivement, fear, rage and entitlement. They are skilled at directing rage towards ethnic minorities, government institutions, free press and media, and controlling classes (so called elites, intellectuals etc.) and away from the corporate and monied interests that are truly responsible for the plight of the disenfranchised classes. In so doing, through a variety of time-tested and skillful means, they induce people to vote for the very people and ideas that are contrary to their actual self-interests. Populists camouflage themselves as one of the people ( thus the term) even though they often are typically in fact greatly priviledged. And now the digital media provides a new platform to proliferate false narratives, conspiricies and propaganda. As Sasha Baron Cohen recently pondered in a rather serious speech, “What if Joseph Goebels (Hitler’s Minister of Propaganda) had use of Facebook?

Current research indicates that those who resist mask wearing, and view Covid as a deep state hoax, tend to score higher on measures of narcissism and entitlement, thus lending some empirical credence to the speculations of Fromm and other social and political scientists. To be sure, there is a danger in overgeneralizing or oversimplifying such results since this area is highly complex and nuances, though nonetheless suggestive.

I recently saw an interview by a news reporter with a non-apologetic member of the so called Proud Boys. He showed somewhat surprising insight and openness into his own motivations. He basically admitted that he and many other others he personally knows in the group have low self-esteem, are “incels” (involuntarily celibate), and feel lonely and alienated. Group membership with likeminded others helps alleviate such feelings of alienation. He also admitted that carrying guns and aggressive acting out further diminishes their feelings of isolation and aggrievement and even provides a short term high. “Happiness is a warm gun” — John Lennon.

Recent neurobiological research shows that those who feel chronically aggrieved evidence neiurobiological imalances; most notably in dopamine systems in the brain that underly the so- called reward pathways. Furthermore, this research shows that aggression temporarily restores these dopamine pathways and thus in effect can become an addiction since they can become increasingly reliant on aggression to maintain neural balance.

Mask and PPE resistance becomes a standard of expressing group membership which adds to group cohesion and a feeling of personal validation and vindication. These powerful impulses which arise from deep brain structures such as the limbic system that controls the so-called flight or fight response can serve to override more rational sources of information that would ordinarily arise from the “executive centers” in the frontal lobes. Thus, as research reveals, no amount of information or data can easily overpower these limbic impulses, rendering such behaviors relatively impervious to change. Some medical personnel working on Covid units, described situations in which certain patients, even moments before dying of Covid, sited anger and denial of their Covid diagnosis!

So, given all this, what is the antidote? There are no easy answers. But hate and vilification from the more liberal/progressive ends of the spectrum is certainly not the answer. In fact, it only serves to fan the flames of the aggrieved who potentially already feel left out and marginalized by the rapid social and economic changes brought about by demographic changes, racial diversity, the growing concentration of wealth and resulting economic hardship, the growth of automation and AI, economic globalization, outsourcing of jobs and so on. Shame is a direct consequence of poverty, loneliness, isolation and other social phenomenon that are becoming pandemic in the “advanced” technological societies including the US, Japan, Klorea etc. Thus depression, anxiety, suicide, obesity, drug addiction, internet and gaming addictions are all on the rise.

As a psychotherapist in private practice I feel increasingly as though I am “pissing against the wind” in addressing the growing mental health challenges we are facing. I and my colleagues are saddened by how many referrals to my clinic we have to turn away each day since we simply cannot accommodate all the people seeking care.

We need to do a much better job of addressing the cultural sources of growing psychological pain, alienation and shame in our society. We can no longer afford to couch such aggrieved individuals who find appeal in right wing ideologies as stupid or ‘deplorables’. They are in pain. We must find understanding and compassion and try to address the underlying systemic issues that contribute to that pain. The democratic party on the whole with the exception of some, have failed to successfully address the concerns of the largely white, rural, midwestern and southern Americans. Their pain and fear is palpable and to a large degree, quite understandable. In failing to do so, populist leaders will continue to arise and appeal to those fears and the underlying shame. We may have been lucky in that our democratic institutions, thanks largely to the judiciary and some courageous republican state leaders, resisted pressures to challenge vote counts. But the next populist president, may have a greater intellect and command of governance and institutional complexity. Thus, these institutions may not withstand the next assault. The greatest bulwark against such threats can partly come from some reform of these institutions to thwart against the centralization of unchecked power in the executive. But more importantly, we must address the societal vulnerabilities though investment in education, retooling the work force towards the future and more technically challenging job market, addressing the huge and growing wealth gap and to strengthen stopgap social measures to address the growth of poverty.

Psychotherapy at an individual level is unfortunately not nearly enough to stem the tide of mounting unease, insecurity, shame, anxiety, loneliness and isolation in this country. Governments around the world need to adopt new measures of societal success in order to gauge and remedy social and economic policy. Gross Domestic Product (GNP), and stock market indexes, fail to measure “success” and wellbeing at the street level. Main Street and Wall Street may well exist in parallel universes. We need to adopt measures of “Gross National Well Being” or some equivalent as some countries such as the Kingdom of Bhutan are starting to do.  Such measures would assess the wealth gap, access to health care, access to higher education, incarceration rates, social support access and so on.

Finally, in an enlightened society, our educational institutions would not just teach intellectual pursuits, but would also provide education in emotional mindfulness, as well as other secular techniques to increase mindful awareness of self and others, emotional literacy, and compassion.  Is this all a pipe dream… ??…perhaps. But as John Lennon exhorted, it has to start as a dream and a vision and by so doing planting a seed and starting a conversation. “I know I am not the only one” with this dream.

2020 has been a challenging year. But it may have been a year that can serve to actually save us, if we heed address the lessons that Covid, the election, natural disasters and so on have provided. To just conclude that it was “ bad” and just an anomaly or bad luck, will be detrimental to us all. We cannot just hope that 2021 will be better. Hope sucks! We have to address what is, and not fantasize about some better place or time. No messiah or superhero will come to save us from ourselves. It’s up to each and every one of us to “be the change.” 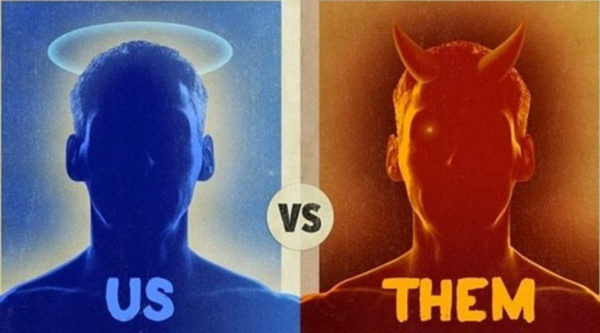 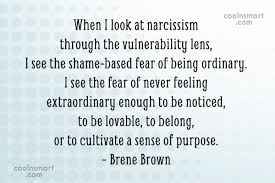