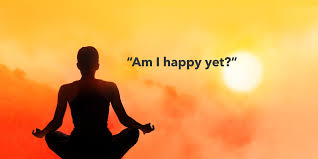 Everyone Can Meditate! Breaking Myths

Everyone Can Meditate! Breaking Myths

The other day, I was getting my flu shot and the woman administering the vaccine commented on my mala bead necklace. She is of Asian descent and asked if I was Buddhist. When I said yes she was very excited and asked about my practice. I told her about the local Zen Buddhist Sangha and invited her to participate in our local meditation group and she stated, “I tried meditation a few times but I just am no good at it. Thoughts always going, going going.” I have heard this countless times over the years from my patients and others. At my girlfriend’s urgings, since she was present during the flu shot, strongly urged me to write about this, since she also previously experienced this misconception.

Unfortunately, meditation is often taught incorrectly by folks who I’m sure are very well intentioned, but may not have sufficient experience or qualifications to teach. In fact, my own qualifications are tenuous despite having practiced for many years and am undergoing training to become a “Dharma Teacher” in the Kwan Um tradition of Korean Zen. So I am not herein endeavoring to teach meditation, but to clarify some misconceptions about it that may serve dissuade folks from enduring in their practice.

Meditation, mechanically speaking is incredibly easy to learn. While there are literally thousands of forms of meditation, most can be taught in a matter of minutes. Unfortunately, there are a number of myths about meditation that foster unrealistic expectations in many practitioners. Often, people associate meditation with deep relaxation, states of ecstasy, transcendence, and the ability to greatly slow or even arrest one’s thoughts. When those experiences fail to arise, the aspiring practitioner may become quickly disillusioned feeling either they are doing it wrong or are just not cut out for this sort of thing. While certainly certain a variety of pleasant and “mystical’ experiences can arise during meditation in people with considerable experience, those in fact are not the purpose of meditation and can even serve to distract the practitioner from the ultimate goal of meditation; learn to become fully present moment to moment to moment. To be just here, just now. So, if the mind is thinking, no problem. Don’t attach to thinking but rather watch the thoughts and they will drift by of their own accord. There is no little “I” directing our experience. The ultimate aim (though in fact there is no aim…that is just a teaching word) is to uncover one’s original nature or true self.

Though the techniques are almost ridiculously simple, meditation can produce many feelings/sensations that are not necessarily pleasant. The ego resists facing itself and relinquishing control. And so one can feel guilt (I could be doing something useful like schoolwork, mowing, laundry), boredom (since we are so used to high levels of external stimulation), feelings of failure (why can’t I get my thoughts to stop/), restlessness, a variety of physical sensations, spontaneous tears or laughter, and certainly leg and back pain especially when one starts sitting for longer periods of time. Of course, there may be experiences of relaxation, calm, acceptance, and diminished cognitive activity.  But I assure you, such states will be passing. The important thing is to not attach to pleasant or unpleasant feelings since they are neither good nor bad. Pay attention to all the judgements of your own experience that are likely to arise. Of course we will get caught up in the endless delusions of the mind which is perfectly fine. In fact, everything that arises is a perfect manifestation of our Buddha nature. But when one recognizes they are ‘dreaming” we just come back to whatever s the focal point of our particular meditation, whether it be the breath, a mantra, a koan, a visualization or whatever. The idea is to just keep coming back over. And over “for 10,000 years.”

In Zen, we begin and end our days practice by reciting the Four Great Vows. The second of these being, “Delusions are endless, I vow to cut through them all.” There is a paradox embedded in that sentence. We will never cut through them all since they are inexhaustible. The important thing is to set the intention of no matter what will come at us, like Buddha being attacked by the demon God Mara while he was sitting under the Bodhi tree for 6 years until his enlightenment, we just keep rooted in our seat, acknowledging all that appears.

Once, during a intensive retreat, I lamented to the zen master, that my mind seemed more turgid and agitated than ever. I had thought that by this point in my practice that my mind would have greater clarity and focus. He recounted a time when he presented similar concerns to his own teacher who stated, “When practice gets stronger, the demons get stronger!”  So actually rather than be dispirited by this, this helped me immensely and I frequently remind myself of his words. So I must have very strong practice because those demons seldom sem to take a break! Of course the word “demons’ is used metaphorically, not as a representation of any external force. It is just a manifestation of our karmic conditioning that is rinsing out of the laundry.

An interesting thing to note is that now that meditation is being subjected to empirical scrutiny in the fields of psychology and neuroscience, using very sophisticated instrumentation, we are able to document very discernable (and assumably positive changes in neurophysiology, brain functioning and even morphology or physical brain functions). Research is also showing beneficial effects of various measures of emotional regulation, empathy, conduct, and even intellect. We also se changes in immunology, and other physiological indices that indicate overall improved physiological self-regulation. Some research documents discernable changes even in the most novice practitioners.  Though all are nice to hear, that is not ultimately why we meditate however that is a fine motivation for many. Ultimately the “goal” (yuck) is to find our true nature and help all beings. Then every step of the way is our true nature and there is nowhere else to be except right where you are. I just concluded a 24-hour world wide Zen Zoom retreat. I had to remind myself of that quite frequentlyJ

Everyone can meditate. One class of exceptions should be noted: Those with psychotic disorders, borderline personality disorder, or severe post-trauma reactions or anyone whom may have difficulty differentiating internal from external realities (low ego-strength) may require some additional supervision. Such individuals may yet benefit from meditaton. Similarly, folks with physical disabilities can also meditate. One need not be able to sit in a seated lotus position. A straight backed chair can be fine for those who cannot manage more difficult seated positions. All that is required is that the spine be maintained in a straight position. I have even been on retreats where a couple of members meditated in a laying prone position. Ironically, though I was in a seated haIf lotus, I appeared to fight sleepiness and torpor more than they did!

Excerpted from a much earlier blog post: https://blackturtlebooks.com/applying-wu-wei/ “Sitting quietly, doing nothing, spring comes and the grass grows by itself”. This oft quoted verse powerfully depicts the point that I am clumsily attempting to elucidate. All we can do is create opportunities, try not to interfere, and let whatever happens happen, by itself.

So, as both the Nike commercial and Zen Master Seung Sahn often stated in his strong and energetic Korean accent…”Just Do It!”