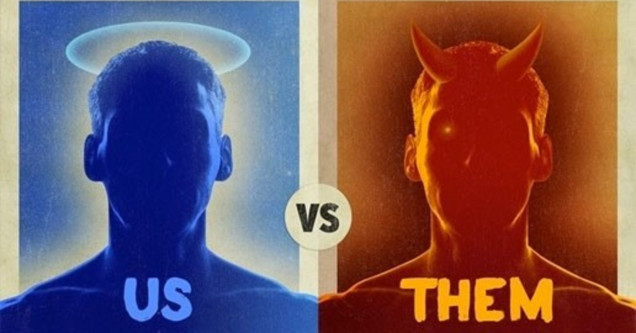 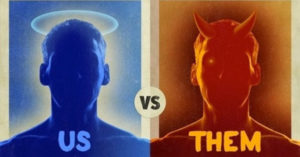 The emotional experience of shame is an important but oft overlooked factor that contributes to tribalism. For those not familiar with the term: Tribalism is defined as “the behavior and attitudes that stem from a strong loyalty to one’s tribe or social group.” This phenomenon has been enjoying increased attention as the social divides that are more cogently apparent in the Western world that has been most obviously manifested in the “Brexit” vote, the election of Donald Trump and subsequent policy actions, and most recently in light of the treatment of immigrants at the southern border.

The phenomena of tribalism has been attracting increased attention from sociologists, psychologists, neuroscientists, political scientists, and anthropologists. It is an endeavor to try to understand this phenomenon which has broad implications especially in so far as the very social fabric of modern society, social norms, and ideals that have prevailed in the postmodern era are being threatened.

Tribalism is by no means new. In fact it is as ancient as our species. It probably had evolutionarily significance when rival tribes were competing for limited resources and thus their brains related to “outsiders”, especially those who look most physically dissimilar, as a threat. The resultant flight or fight response originating in deep subcortical brain centers most involved in survival instincts. More recently, due to global changes and population displacements due to political unrest, overpopulation, climatic changes and other factors, residents of various western countries are increasingly seeing encroaching outsiders as a threat to their way of life. This is further amplified due to other threats to job security arising from globalism, the rise of automation and AI, growing divides in personal wealth, and other factors that are displacing unskilled and uneducated layers of the workforce who had previously enjoyed stable and well-compensated employment.

Such socio-economic factors can predispose whole segments of the population to shame; deep-seated feelings of worthlessness, powerlessness, helplessness and generally diminished self-esteem. Self-esteem is most eroded when one’s sense of personal worth derives from one’s identity as a provider. Eric Fromm, the eminent psychoanalyst from last century pointed out that those who are most unhappy in their own lives and are overrepresented in the economic underclasses are most likely to ascribe to what he terms “group narcissism”. In group narcissism, no matter how badly one might feel about themselves, they gain a sense of pride and confidence by affiliating with a group who share their shame, fear and anger. This in effect becomes their tribe. Narcissistic leaders and demagogues, are easily able tap into and manipulate this shame-based identity through the repetitive use of slogans (fake news, lock her up, build a wall etc), simplistic categorizations of minority groups (rapists, drug smugglers etc). However, it is important to note that such tribal reactions are not limited to the right wing of the political spectrum. Many on the left have categorized individuals on the right as ignorant, bumkins, trailer trash etc. and have flung hate-filled rhetoric at their opponents.

Those of us who are most susceptible to the tribal brain are more likely to hold views based on a group consensus, rather than rational and discriminative analysis. We find “facts” that confirm our biases rather than the other way around. These biases are usually unconscious and emotion driven and thus relatively impervious to modification, even in the face of empirical evidence that would disconfirm our biases.

Those who are more shame-based grew up feeling essentially bad about who they are. They were not raised to feel loved solely on the basis of who they are. Love and secure attachments were missing or deficient during their formative years. Thus they grow up feeling insecure and untrusting of others and often feeling competition for the resources that they were denied…mainly love. Such individuals may thus be pre-disposed to see others as a threat. They may find some relief from the comfort of belonging to a tribe. That can take the form of a political affiliation, a religious movement, a street gang, a sports team fan base and so on. Everyone outside of that tribe is an enemy.

It has been stated in neurobiological circles that the human brain has not significantly evolved in at least 50,00 years. The brain that served mankind when saber tooth tigers roamed the plains is the same brain that exists in the nuclear/digital age. It is therefore critical, that if we are to survive as a species (and this is by no means guaranteed), that we find a way to transcend the limitations imposed by our conditioned/reactive I/me/mine minds and achieve a state of a more universlist and integrational perspective. In such a perspective, when others fare well, whether they are our neighbors or reside in distant lands, then we all fare better since we are all inextricably tied together in very fundamental ways. Then the slogan might morph from “Make America Great Again” to “Make the World Great (and compassionate) Again”.

Research has already begun to show how mindfulness and meditative practices can help in this regard. More on this next time….