I was born and raised in The Bronx during the mayhem of the 60s and 70s.

That experience alone has probably shaped much of my world view, personality and philosophies more than any subsequent academic indoctrination. Perhaps to escape the congestion and insanity of the city, I, along with my tribe of buddies would frequently steal away from NY to engage in adventures and misadventures in the mountain regions of the northeast and eventually across the entire US. I suppose we thought we were the original “dharma bums”.

After graduating from Dewitt Clinton H.S. in the Bronx,

I recognized that my survival depended on getting out of the city and so I attended S.U.N.Y. New Paltz, which at the time was a bastion of progressive idealism. While there I became exposed to mind altering substances as well as mystical philosophies and disciplines originating from eastern traditions. I had the good fortune to work closely with a few professors engaged in behavioral and psychobiological research.  At graduation, I was awarded the “Outstanding Senior Award” for my academic and research achievements.

I next attended Southern Illinois University,

a “hotbed” of behavioral research at a time when behavior psychology was coming to dominate the field of academic psychology. After graduating with an Masters in Applied Behavior Analysis, I was offered a position at the UCLA Neuropsychiatric Institute. Under the tutelage of Dr. Robert Paul Liberman an eminent psychiatrist who himself was a student of the renowned psychologist BF Skinner, I was appointed to develop and coordinate the new Behavioral Medicine program at the West LA Veterans Administration Medical Center. While there, I helped establish consultation-liaison services to provide behavioral intervention for various medical disorders including diabetes, hypertension and chronic pain. I also participated in providing treatment for Vietnam era vets suffering from PTSD.

My next move was back east…

to attend the clinical psychology program at Binghamton University. There, I had the good fortune of working in Dr. Donald Levis’s research lab. Dr. Levis is renown, along with his former colleague Dr. Thomas Stampfl, for the development of Implosion Therapy (IT). IT is an exposure-based behavior therapy that was derived from empirical research stemming from “two-factor” fear theory. Two-factor theory is a powerful heuristic model for conceptualizing human psychopathology. The resulting implosion and “flooding” therapies are widely employed in the treatment of PTSD and other anxiety disorders.

After completing an internship at the Long Beach, CA Veterans Administration Medical Center I moved back to Binghamton, NY to join an established private practice. After a few years at the practice, a colleague and I left to form our own practice, Oakdale Psychology Associates, PLLC. We continue to aspire toward our dream of forging a multidisciplinary behavioral health consortium to meet the behavioral health care needs of the Southern Tier of New York.

For many years I also have served as a research reviewer for a professional journal. I have also been serving as an adjunct assistant professor at Binghamton University. I have taught graduate level courses, and also served on dissertation committees. However, my primary role is to provide clinical supervision for doctoral level students in the Psychological Training Clinic. On occasion, I also provide paid supervision and consultations to other doctoral level psychologists around the country.

Since I was a little guy, I had the nagging notion that there was more to this world than our senses could comprehend. I always sensed that there was a veil separating us from perceiving a larger reality. When I was 17 years while in a bookstore in Cambridge Mass., I was leafing through The Way of Zen by Alan Watts. At last a well-worn path of endeavor was revealed. For many years, I have been actively involved in various Theravada and Mahayana Buddhist practices including Zen and Vipassana. Though it wasn’t until some major life events and personal suffering ensued that my practice became steady. I found a Zen group in Binghamton that is affiliated with the Kwan Um School of Zen, an international organization founded by the world-renowned Korean Zen Master Seung Sahn. I knew I found my “home” and started attending intensive retreats and trainings at the world headquarters in Providence, Rhode Island. Ironically, since the outbreak of Covid -19, there are even more ample practice opportunities due to the wonders of the internet. I am currently preparing to become a Dharma Teacher in the Kwan Um Tradition. I am eternally grateful to be able to regularly interact with and learn from a variety of masters who have received the transmission of the Dharma. I am by no means an enlightened master. And yet I hope to share to whatever degree my eyes have been opened in order to help others see some possibilities for themselves. 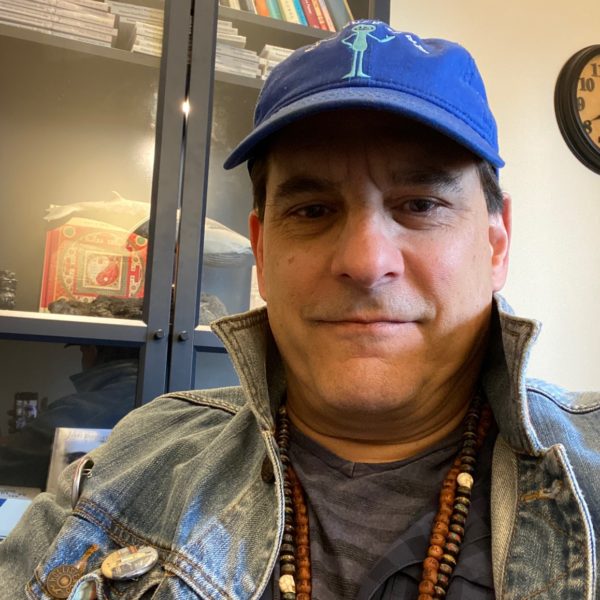