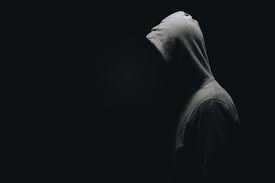 Due to popular demand (1 person:)), I am herein enclosing a sample of writing from my new book, Bronx Dharma: A Street level View of Zen Buddhism. It is so difficult to pick something since everything only really makes sense within a larger context. And so I figured, OK, I’ll just start at the beginning. perhaps that best sets the tone of the book and the writing style. She here ya go!

“Life sucks and then you die.” I am quite sure this popular saying is in no way unique to the streets of the Bronx. It just sounds better with a Bronx accent. This saying irreverently sums up two truths eloquently described by the Buddha; the truth of suffering (Dukkha in Sanskrit) and the truth of impermanence. It is these two truths that lie at the backbone of Buddhism and what compelled young Siddhartha to seek answers to these problems. The Bronx would have offered him fertile ground to peer into the depths of the human condition. But I guess he did pretty good anyway.

Suffering in all its forms is not unique to the Bronx. Yet, it sure is in your face in a concentrated form. Honestly, I know much less about what it is like there now. But, they say you can take the boy out of the Bronx, but you can’t take the Bronx out of the boy. Back in the 60’s and 70’s, the era of my youth, it was a gritty place. Yet, that wasn’t always the case. You could see traces of its past grandeur on the Grand Concourse, a wide boulevard that once boasted beautiful vaudeville theatres and large fashionable apartments. But those glory days were long departed by the time I was born. My high school graduation took place in one of those formerly grand theatres, the Lowe’s Paradise, along the Grand Concourse. But on the marquis which said, “Congratulations DeWitt Clinton Graduates,” you could clearly see the words “Behind the Green Door, Starring Marilyn Chambers” (a famous porno film of that era) covered over with some plastic sheathing. The Bronx I knew was dirty, grimy, crime-ridden, and filled with poverty. Garbage was still being burned in incinerators and buses and cars ran on leaded fuel such that the smell of soot and petrol hung in the air. If your car broke down on the Cross Bronx Expressway, you had minutes before “spotters” notified local gangs, and your car would be taken in whole or dismantled in parts for “chop shops” in Yonkers. The South Bronx, where nobody ventured unless you got lost trying to find the produce or fish exchanges at Hunt’s Point, was a wasteland with burned out buildings that looked like how I imagined London or Dresden to appear after WWII. Even Yankee stadium was pretty much in a shithole neighborhood. Outside of a few souvenir shops across the street, there was no reason to hang out there before or after a game. Yet thank goodness they built the stadium in the Bronx to give us kids some sense of pride in saying, “I am from The Bronx!”

Even the Yankees were a great source of suffering. By the time I was of age, Mickey Mantle, Roger Marris, Bobby Richardson, and the other Yankee greats of that era were nearing the end of their careers. Mickey Mantle’s knees looked like the tracks at the Spuyten Duyvil (Spitting Devil) Bronx railyard from countless surgeries. I can clearly remember sitting on a bench with some of my pals listening on my little red transistor radio to game seven of the World Series between the Bronx Bombers and the St. Louis Cardinals. The series was tied and, of course, we had no doubt that the Yankees would win the last game and clinch the series. After all, in our view, other teams were just there so the Yanks had someone to play. Sort of like with the Harlem Globetrotters. While all the other teams were foils to provide a little excitement and drama, the outcome was assured. And so we thought it was with our beloved Yanks. Mel Stottlemyre was on the mound going up against the already legendry Bob Gibson for the Cards. Even at the ninth inning, though the Yanks were losing, we knew somehow, they were going to pull it out. Only they didn’t. Strange to say, but I had never before known such suffering. All the light went out of the world. My buddies and I were all speechless and silently parted and drifted home on that cool grey October day. What I didn’t realize at the time was that I was just dealt an important lesson in impermanence. Even the mighty Yankees could succumb to the assault of time. It was not until 1971 that they would be back in the World Series.

Further Lessons in Impermanence: The Deaths

AND THEN THERE were the deaths. My first brush with death occurred when I was in second grade….. 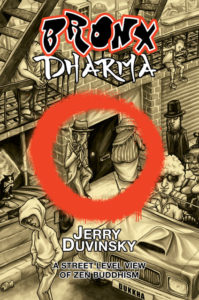